Hang in there: how kids as young as four are pushed to train to become future Chinese gymnasts

This is enough to make any parent wince as these Chinese children are contorted in the most awkward positions.

Aged four to seven, young gymnasts are subjected to a rigorous stretching routine by their coaches during a training session.

A youngster has his hamstrings stretched as his instructor pins his leg almost vertically along his head.

Contorted: a trainer pins this young boy’s leg using his hand and foot 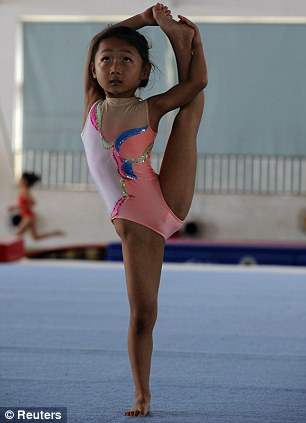 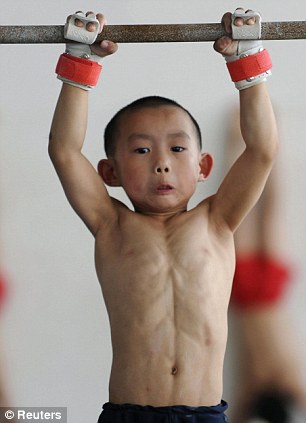 At the limit: Children as young as four are subjected to tough training regimen at sports school in Jiaxing, China

And girls are made to perfect their balance by standing on one leg while holding their other limb above their head.

The gymnasts participated in a training session in the gymnastics hall of a sports school in Jiaxing, in Zhejiang province, China.

Chinese officials have insisted that strict new eligibility rules will end the type of “age deception” scandal that has seen a Chinese gymnast have her bronze medal withdrawn. 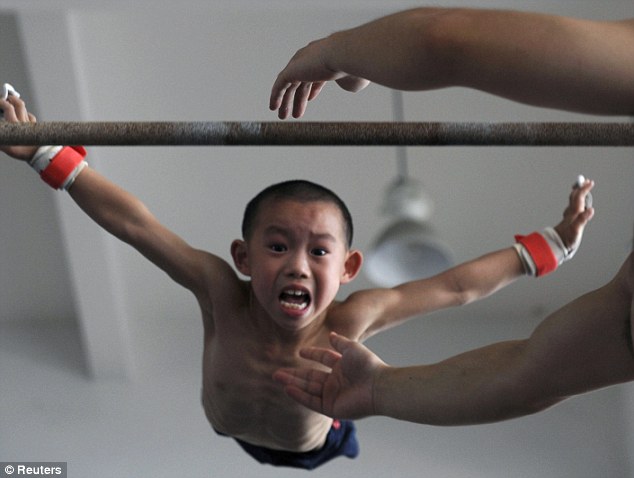 Safety net: A young gymnast jumps off a horizontal bar as an instructor holds out his hands to him in case he falls 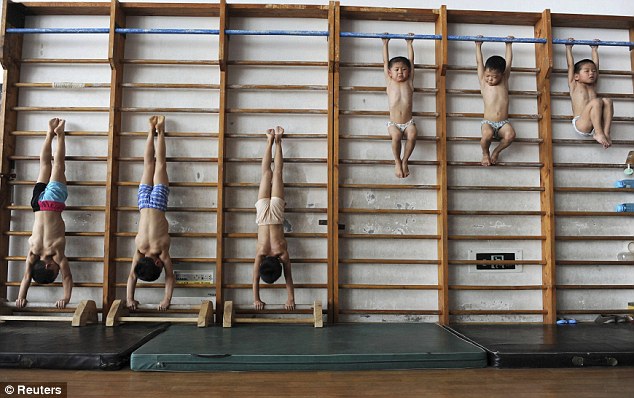 Hang in there: These boys are made to perform handstand or hang on tall bars 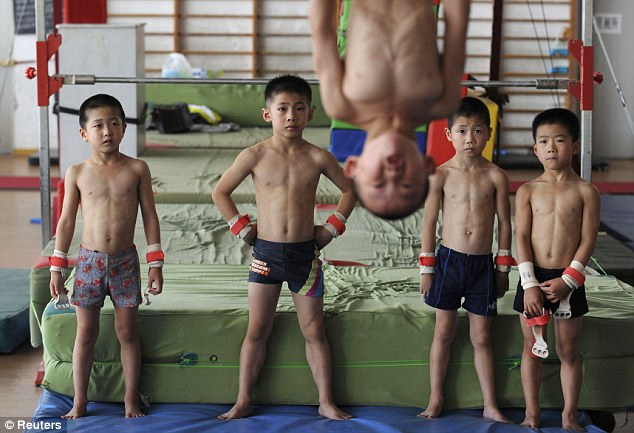 Concentration: Four young boys watch another being hung upside down from rings inside the gym

The International Gymnastics Federation (FIG) decided in February to cancel all the results obtained by Miss Fangxiao and the International Olympic Committee followed in April by stripping China of the medal.

A FIG investigation revealed that she was only 14 years old when she competed in the games. Athletes must be 16 in the year of the Games to participate.